A PRIDE OF LIONS JOIN THE TEAM RAZER PACK

HAMBURG, Germany – Razer™, the leading global lifestyle brand for gamers, today announced a new partnership with MAD Lions, the fast rising, Madrid-based esports organization, owned by OverActive Media (OverActive). The partnership will be immediately visible during the LEC inaugural week with the Team Razer logo on the MAD Lions jerseys and with their players using Razer’s esports grade peripherals.

“MAD Lions achieved some amazing results last season, in both League of Legends and CS:GO,” said Yann Salsedo, Head of Esports (EMEA) at Razer. “We are looking forward to working with such a dynamic and energetic team, whose drive for success mirrors that of Team Razer.”

The new Kings of the Jungle

MAD Lions is part of the Toronto-based global esports organization, OverActive, ranked by Forbes as one of the 12 biggest esports organizations worldwide. Finishing with the fourth seed in the LEC and attending Worlds 2020 in their debut year, MAD Lions are set to make 2021 an even bigger success with a pack strengthened by new players such as the Turkish top laner Ìfan Berk “Armut” Tükek and talented Spanish jungler Javier “Elyoya” Prades.

“We continue to attract world-class partners to our MAD Lions family, and today is yet another exciting moment for our organization,” added Jorge Schnura, Co-Founder and President of the MAD Lions. “We are thrilled to be joining Team Razer, recognized globally for their product quality and commitment to our industry.”

As well as being used by the LEC team, Razer peripherals will be seeing battle at the MAD Lions’ den in Madrid, Spain, featuring a local Spanish League of Legends roster competing in the SuperLiga, as top contenders for the 2021 season and proud winners of a European Masters, 2 Superliga championships and 2 Iberian Cups.

With a trophy room already decorated with their Flashpoint inaugural season championship, thanks to one of the most impressive comebacks in the recent CS:GO competitive history, the MAD Lions have already laid a foundation for further success in the 2021 season.

Razer™ is the world’s leading lifestyle brand for gamers.

The triple-headed snake trademark of Razer is one of the most recognized logos in the global gaming and esports communities. With a fan base that spans every continent, the company has designed and built the world’s largest gamer-focused ecosystem of hardware, software, and services.

In services, Razer Gold is one of the world’s largest virtual credit services for gamers, and Razer Fintech is one of the largest offline-to-online digital payment networks in SE Asia.

Founded in 2005 and dual-headquartered in Irvine (California) and Singapore, Razer has 17 offices worldwide and is recognized as the leading brand for gamers in the USA, Europe, and China. Razer is listed on the Hong Kong Stock Exchange (Stock Code: 1337).

OAM is a global esports and entertainment organization that combines franchised team ownership with audience engagement to connect with fans, franchise partners and corporate sponsors around the world. In North America, OAM owns the Toronto Defiant of the Overwatch League (“OWL”) and the Toronto Ultra of the Call of Duty League (“CDL”). In Europe, OAM operates the Spain-based MAD Lions organization with teams in League of Legends European Championship (“LEC”) and in Counter-Strike Global Offensive (“CSGO”). OAM is a founding equity partner of B Site Inc. and a franchise holder in the Flashpoint CSGO league. OAM also owns a live events division, OAM LIVE. OAM is headquartered in Toronto, Canada. 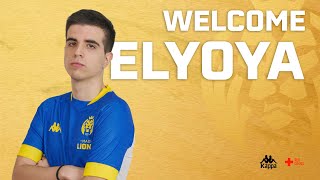 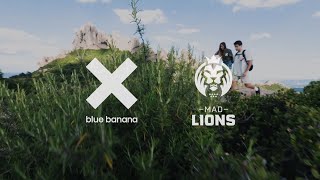 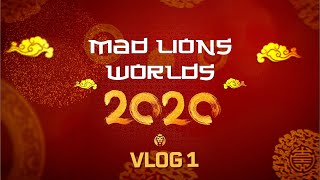