APRIL 31, 2020 (MADRID, SPAIN) — The union between Red Cross, the humanitarian institution, and MAD Lions, the Spanish esports club has been renewed, highlighting the importance of social responsibility, and raising awareness among young people through the worlds of gaming and esports.

“We are immensely proud of our partnership with the Red Cross, especially given the current climate where it is important for all of us to not lose sight of the critical work being done to help those in need,” said Jorge Schnura, President, MAD Lions. “All of us at the MAD Lions through our communities, relationships and influence, are committed to doing all that we can to support the great work that Red Cross is doing here in Spain and around the world.”

Throughout the 2020-21 season, MAD Lions will work with the Red Cross both in Spain, and internationally focusing on several new campaigns, including:

“For the Red Cross it is a great opportunity to reach sports fans, and especially MAD Lions fans. Our work to raise awareness for the public in general, and young people in particular is reinforced by this alliance, now renewed”, says José Carlos García Yonte, head of Alliances with Companies and Social Responsibility of the Red Cross in the Community of Madrid.

In 2019, the MAD Lions and the Red Cross signed an agreement and worked together on multiple campaigns, including raising awareness around traffic accidents, and the recent #YoMeQuedoEnCasa campaign during the current COVID-19 pandemic asking people to stay at home.

The reputation of the Red Cross, combined with the influence of the MAD Lions brand on youth, allows both organizations to raise awareness of vulnerable communities. This renewal will allow the MAD Lions organization to continue to work and delivering on its core values while making a tangible difference in raising awareness among young people through gaming and esports.

MAD Lions was born in 2017 as an esports club that, with its name, (MAD: Madrid; Lions: Cybele Lions) aims to be a world reference team in Madrid. Two years later it has become one of the most relevant clubs in the esports industry in Spain and worldwide. Founded by Jorge Schnura and Marcos Eguillor, it is a club that competes in League of Legends in LEC and Superliga Orange as well as CS:GO and Fortnite. MAD Lions represents the Hispanic passion and is governed by the values of respect, honor, sportsmanship, effort and discipline.

The Red Cross represents the largest humanitarian, citizen and independent movement in the world that has been collaborating with public and private entities for 155 years so that humanity and dignity reach all people anywhere and at all times and circumstances. Since the beginning of the COVID-19 crisis, the Red Cross has been operating in all affected countries of the world, representing the largest mobilization of resources, capacities and people in its history in favour of the most vulnerable people in the general population.

In Spain, the Red Cross has more than 200,000 volunteers and more than 1,400 service points throughout the territory, which allow it to serve more than 4 million people annually at the national level, of which more than 1.7 million are served from social programs. With the support of +1,360,000 partners, companies and allies. 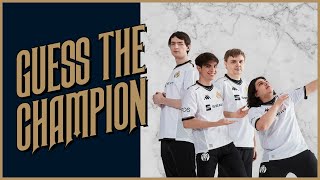 CAN YOU GUESS THE CORRECT CHAMPION?? | League of Legends 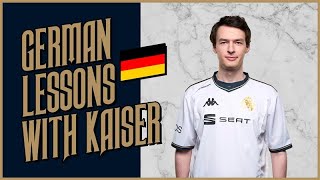 "How did you pronounce that so wrong?" | Learn GERMAN 🇩🇪 with KAISER 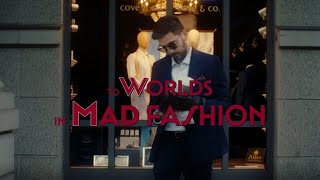 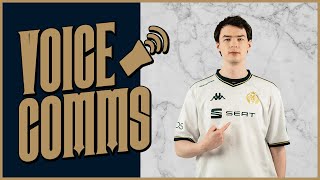