October 20th marked a moment of reflection for us in MAD Lions and OverActive Media, as we bid farewell to a good friend and core part of our team. MAD Lions Head Coach Peter Dun’s contract at OAM expired, and we mutually parted ways after 3 years of working together. To mark the changing of the guard, we asked our LEC Head Coach, James ‘Mac’ MacCormack to share some of his history with Peter, and the impact that they had on each other’s careers.

I first met Peter through an anonymous interview posting, for a head analyst position in a ‘work in esports Skype chat’. It turned out that the team looking for a head analyst was INTZ, who’d been to Worlds the previous year, so they were a big deal. I ended up getting an interview with Peter and it lasted for over 2 hours. We talked about loads of different stuff and realized that we had a lot in common with both of us being British and many other things. I later learned that there were at least 100 applicants for that interview, and that Peter had interviewed every single one of them.

That’s one of the things that I’ve inherited from Peter, and one of the things that I really like about him is his commitment to helping people, and his commitment to improving League of Legends. Many people don’t know that that’s actually the thing that he cares about the most, improving League of Legends. And the way that he does that is by going and helping random people, even just random people that message him on Twitter, he’ll interview them or talk with them, it doesn’t matter who they are.

That’s how I ended up where I am. Through a random 2-hour long interview with Peter, I became the interim head analyst for INTZ, and helped them out with their Summer 2017 games. Eventually Peter brought me to Splyce when he got the offer to be their Coach. I shouldn’t have been surprised, but he interviewed another 100 people to join us, and of those people he picked Duke.

It wasn’t just an opportunity that I got from working with Peter for the last few years though. When it comes to both League of Legends and coaching, I view it like a set of ascending doorways. There’s a door in front of you, and behind that lies a set of stairs, with another door. It keeps going up and up and up. In this concept, the easy part are the stairs. Once you’re through the door, you can just walk up, get to the top and see all the people struggling back at the beginning with the first lock.

But you need someone to open the door for you, and that’s very much what Peter did for me. From our time on INTZ, I remember spamming him nonstop with random questions about jungle pathing, and he made the time to come to talk to me after every single scrim about all the notes that I had made. He included them in the team’s reviews, which showed his dedication to working together. I was working from my bedroom in the UK, and he’s in Brazil half the world away. It really struck me that he’s always made a lot of time for helping us improve as coaches, and in particular helping me.

Peter is the type of person that will push you forward when he can see you’re able to do something, even when you don’t know it yet. I remember coaching Splyce in 2018, I was comfortable coaching jungle and mid and I mentioned that I wanted to go and learn botlane coaching. Peters response was “Okay, next week you’re going to coach our bot Lane. Next week you are the bot Lane position coach. Let’s go and watch some bot Lane VODs.” From that interaction I learned that he has a good intuition of what the path for coaching improvement looks like, where you are on it, and what your next step needs to be.

He’s really committed to just guiding you down the path, telling you the next step to take and setting you off to work. That’s something that he’s done for me every step of the way of my coaching career.

I think a lot of my development in 2018 came from Peter about the game, and then throughout 2018 and 2019 it was mostly about me and Duke kind of pushing each other onwards. I guess Duke and I were rivals in a sense, but also best friends constantly pushing each other forward. It wasn’t until Duke left and I stepped into the head coach role that I benefited as much as I did from Peter being there to guide me. I think as a head coach, the biggest thing that I’ve taken from him is his philosophy on how to build a team and a learning environment. He’s helped me really look at the long term, and break things down in a systematic way, which is fundamental to our coaching structure at MAD Lions.

The biggest thing to know about Peter is that he’s incredibly empathic, which is a skill that I’ve had to work hard to develop over the last three years even though I think we’re similar people in a lot of ways, Peter and I. I learned a lot about how to see things from other people’s perspective, how to deal with problems quickly and how to manage problems in a way that’s gentle but firm. Peter’s legacy as a coach here will last in two major ways: having a long-term plan and coaching from a place of empathy focused on the players.

I’d like to thank Peter for all the random, impromptu staff meetings at 1:00 AM in our corridor, and the countless nights he spent staying up to watch VODs all night before a series to prepare us. For all the times that I’ve needed advice and he’s been there to pick me up, dust me off, and tell me that I’m doing a good job. And more than anything else, for always being someone who I know that I can rely on, and that I know, no matter what, would have my back because he’s always fought hard for me. And that’s something that I will always be grateful to him for.

The entire team at MAD Lions and OverActive Media wish Peter the best for the future and look forward to the day we can step across the stage from him, no doubt at a future World Championship. Peter was an integral part of taking us to a Worlds Top 8 finish in 2019, and in building our current MAD Lions LEC team who’ve made history in 2020 as a squad of rookie players, fighting against the best in Europe and on the international stage. We know that Peter will be a massive addition not only to the Evil Geniuses team structure, but the North American League of Legends ecosystem, given his legacy of bringing up those around him. Through his tireless efforts to nurture others, Peter has ensured that his shoes have been filled by a coaching team that we have complete confidence in, and that’s the legacy of a truly world-class coach. 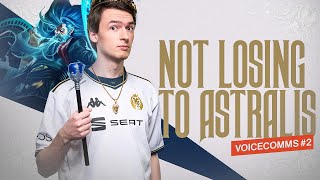 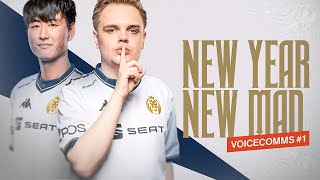 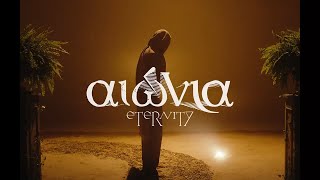 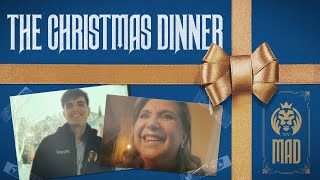